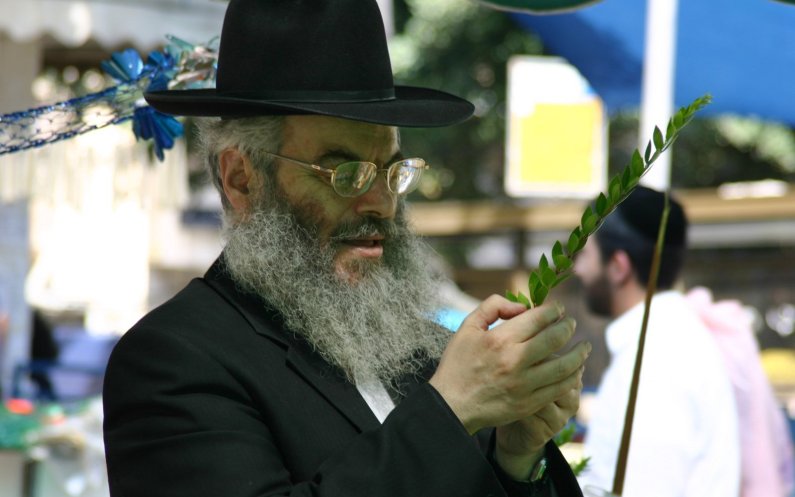 The Feast of Booths

DETAILS OF THE FEAST

Several other features stand out concerning Booths. It’s the third of the three annual feasts that required Israelite men to make a pilgrimage to the central sanctuary, the other two being the Feast of Passover/Unleavened Bread and the Feast of Weeks or Pentecost (Exod. 23:14-17; Deut. 16:16). Booths is also the final feast of Israel’s religious year, meaning that I won’t  have any more biblical feasts to discuss until next spring (though I plan to comment on the extrabiblical celebration of Hannukah around Christmastime). In addition, Booths is the longest of Israel’s biblical observances. Altogether, the festival lasted eight days, and in 2017 it runs from October 4 to 11.

Booths overlapped with the Feast of Ingathering (khag ha’asip, Exod. 23:16; 34:22; cf. Deut. 16:13-15). This marked the end of the agricultural year, during the harvesting of grapes and other summer crops. The feast provided an opportunity to express thanksgiving for God’s bountiful provision of the material needs of his people. In this regard, it parallels Americans’ Thanksgiving Day and provides a paradigm for such celebrations.

Leviticus 23 explains the more distinctive emphasis of the Feast of Booths:

A yearly week-long camping trip! Living in temporary shelters made of branches and leaves mirrored the experience of the Israelites who lived in such shelters or tents in the wilderness for forty years. The Feast of Booths vividly reinforced God’s provision and guidance for Israel during some of her darkest days. The extended backward look was designed to generate joyful gratitude for Yahweh’s grace and faithfulness to the nation. God desires that all his people—whether under the Old or New Covenant—keep alive the memory of his past works and delight in him as a result.

Many Jews today continue to celebrate the Feast of Booths. In addition to building leafy shelters, they perform a ritual of waving the various horticultural products listed in Leviticus 23:40. As with the Day of Atonement, however, a key component is missing: the offering of sacrifices. The Feast of Booths involved an enormous amount of sacrifices, more than for any other Israelite feast. Numbers 29:12-38 details the offerings that were to be made on each day of Booths. The theme of atonement through blood sacrifice was never far from Israel’s worship.

HISTORY OF THE FEAST

Scripture includes several historical accounts of the celebration of Booths. It was during a Feast of Booths that Solomon dedicated the temple (1 Kings 8:2, 65-66; 2 Chron. 7:9). And when the altar of sacrifice was reestablished following the exile, the returnees also observed Booths (Ezra 3:4).

Nehemiah 8 records another celebration almost a century later, in 445 B.C. Verse 17 is intriguing: “And all the assembly of those who had returned from the captivity made booths and lived in the booths, for from the days of Jeshua [Joshua] the son of Nun to that day the people of Israel had not done so.” Given the passages noted in my previous paragraph, this can’t mean that Booths had not been celebrated at all since the time of Joshua. Verse 18 helps us to interpret verse 17: “And day by day, from the first day to the last day, he [Ezra] read from the Book of the Law of God. They kept the feast seven days, and on the eighth day there was a solemn assembly, according to the rule.” The closing phrase, “according to the rule,” suggests the way in which this celebration was unique: it was done with meticulous attention to the Torah’s regulations, whereas previous observances had fallen short on some points (F. Charles Fensham, The Books of Ezra and Nehemiah, NICOT, 221).

But we also need to note the last part of verse 17, which I omitted above: “And there was very great rejoicing.” When the people set about to remember Yahweh’s works and to worship him in accordance with his prescriptions, they didn’t feel stifled. Instead, their hearts overflowed with delight! Perhaps there’s a lesson here for worship today?

Even more thrilling was the Feast of Booths recorded in John 7. By this time the Jews had added various components to the celebration. These included water offerings meant to picture the outpouring of salvation (cf. Isa. 12:3). It was against this backdrop that Jesus cried out on “the Great Day of the Feast,” the climactic seventh day, known as Hoshanah Rabbah, which could be translated “the great supplication for salvation.” What did Jesus cry out on this very day?

If anyone thirsts, let him come to me and drink. Whoever believes in me, as the Scripture has said, ‘Out of his heart will flow rivers of living water.’ (Jn. 7:37b-38)

The idea of the quenching of thirst connects well with the period being commemorated by the Feast of Booths: Israel’s wilderness wanderings. These wanderings were marked by repeated times of thirst and miraculous provisions of water. Jesus uses the satisfaction of physical thirst as an image for his satisfaction of the more acute cravings of the human heart. Specifically, verse 39 says that Jesus would minister satisfaction by pouring out the Holy Spirit in his New Covenant ministry. God is so committed to meeting his people’s needs that through the Spirit he takes up residence within them! In this way he not only quenches our own longings but also uses us as channels of his refreshing grace to others.

FUTURE OF THE FEAST

Yet our personal salvation doesn’t bring the culmination of the theology of the Feast of Booths. Many interpreters have seen in the feasts of Israel a prophetic calendar of key events in God’s redemptive program. Some of their claims are debatable since they are based on inferred connections instead of explicit biblical statements. The Feast of Booths, however, has unquestionable end-times significance.

Zechariah 14 predicts the victorious return of the Messiah to the Mount of Olives and the establishment of his worldwide kingdom, centered in Jerusalem. Interestingly, among the blessings of this kingdom will be “living waters” flowing eastward and westward out of Jerusalem during both summer and winter (v. 8). Verse 16 describes another blessing:

Then everyone who survives of all the nations that have come against Jerusalem shall go up year after year to worship the King, the LORD of hosts, and to keep the Feast of Booths.

So important will this celebration be that those who do not attend the celebration of Booths will be judged with drought (vv. 17-19). Note especially that the eschatological feast won’t be limited to Israelites. Finally at peace with Israel, all the nations of the world will unite in this annual festival of praise, looking back on everything God has done through Christ to provide for his people. As Carl Armerding writes, “Tabernacles has become the feast to end all feasts and represents the full flowering of God’s promises, through Israel, to all the nations” (“Festivals and Feasts,” in Dictionary of the Old Testament: Pentateuch,312).

Our wanderings will finally have ended. Our longings will be forever satisfied. We’ll experience the depths of joy that the Feast of Booths only faintly foreshadowed. Think of it!


7 responses to “The Feast of Booths”