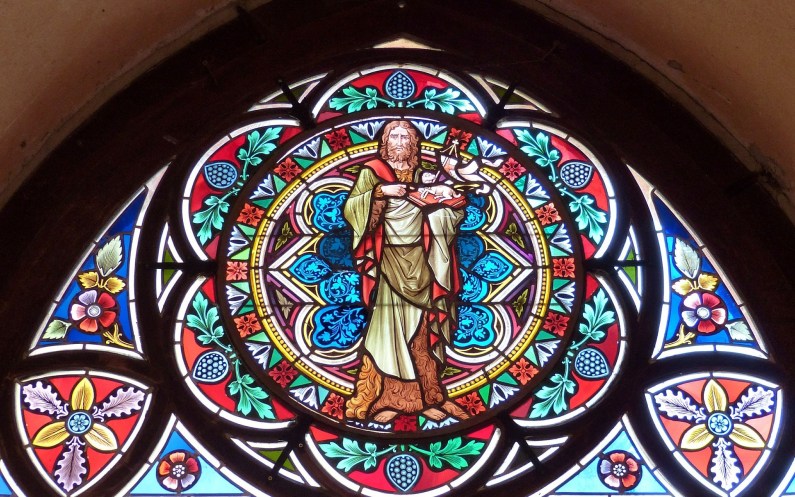 Was John the Baptist Elijah?

As John the Baptist was preaching and baptizing, the Pharisees sent a delegation to question him about his identity and ministry. When John denied being the Messiah, his interrogators immediately asked, “What then? Are you Elijah?” John’s answer was simple and straightforward: “I am not” (John 1:21). This would seem to settle the matter and put an end to any controversy.

Later, however, Jesus said of John the Baptist: “He is Elijah who is to come” (Matt 11:14). This seeming contradiction naturally puzzles Bible believers and gives Bible critics an opening to attack the Scriptures. Is John Elijah or isn’t he?

Theoretically, it’s possible that John wasn’t fully aware of his identity in God’s redemptive program. After all, Jesus’ statement about John comes in the context of responding to John’s struggles concerning Jesus’ own identity (Matt 11:2-3). One wishes for a more satisfying answer than ignorance on John’s part, however. Such an answer is available through careful comparison of the relevant texts.

NOT THE HISTORIC ELIJAH

Malachi 3 predicts a day of divine judgment and salvation but indicates that this day will be preceded by the ministry of a forerunner (v. 1).

Behold, I send my messenger, and he will prepare the way before me.

Malachi 4 likewise prophesies the Day of the Lord and also speaks of a preparatory messenger (vv. 5-6):

Behold, I will send you Elijah the prophet before the great and awesome day of the LORD comes. And he will turn the hearts of fathers to their children and the hearts of children to their fathers, lest I come and strike the land with a decree of utter destruction. (Mal 4:5-6)

In their longing for deliverance from oppression and the arrival of God’s kingdom, intertestamental Jews latched onto the hope of passages like Malachi 3 and 4. In particular, they expected that the historic Elijah—the one who had been spared from death and had ascended to heaven in a chariot of fire (2 Kings 2)—would return to the world as the forerunner of the Messiah.

This is evident, for example, in the Apocryphal book of Sirach or Ecclesiasticus (second century B.C.). After surveying the miracle-laden ministry of Elijah, chapter 48 says:

You who were taken up by a whirlwind of fire,
in a chariot with horses of fire;
you who are ready at the appointed time, it is written,
to calm the wrath of God before it breaks out in fury,
to turn the heart of the father to the son,
and to restore the tribes of Jacob.
Blessed are those who saw you,
and those who have been adorned in love;
for we also shall surely live. (vv. 9-10, RSV)*

If this is what first-century Jews were expecting, John the Baptist could not have been Elijah. He was not the original prophet Elijah reappearing on earth. He was a different human being altogether, born through reproduction to Zechariah and Elizabeth. In that sense John was correct to affirm that he was not Elijah.

And if you are willing to accept it, he is Elijah who is to come. He who has ears to hear, let him hear.

Two clues here suggest how to understand Jesus’ statement and Malachi’s prophecy. First, the phrase, “if you are willing to accept it,” implies that what he is saying is different from what the disciples were used to thinking. We could expand on our Lord’s words this way: “John is Elijah, but not in the sense that Jewish tradition teaches.”

Second, Jesus’ comment, “He who has ears to hear, let him hear,” indicates that the disciples would have to ponder their Master’s words carefully in order to interpret them correctly. In essence, Christ knew that people would have difficulty figuring out John’s connection with Elijah! And his words urge us all to patient meditation in order to arrive at his meaning.

In reality, we have it much easier than the original disciples because we have the entire canon of Scripture for comparison. That canon includes Luke 1’s lengthy account of the birth of John the Baptist and the events leading up to it. Here Gabriel’s prophecy of John’s birth contains these important comments (vv. 16-17):

And he will turn many of the children of Israel to the Lord their God, and he will go before him in the spirit and power of Elijah, to turn the hearts of the fathers to the children, and the disobedient to the wisdom of the just, to make ready for the Lord a people prepared.

Gabriel is clearly drawing from Malachi 3 and 4, but he does not claim that John is the historic Elijah. Instead he says that John will go before the Lord “in the spirit and power of Elijah.” Similarly, after John’s birth Zechariah describes his son in terms of Malachi 3 and 4 but never equates him with the Elijah of the OT historical books (Luke 1:76, 78).

So John the Baptist was Elijah in the sense that he ministered “in the spirit and power of Elijah.” This similarity extended to John’s rustic clothing (Matt 3:4; cf. 2 Kings 1:8). More importantly, John paralleled Elijah in that both strongly urged Israel to repent in view of God’s wrath against their sins (e.g. 1 Kings 18; Matt 3:7-12). Perhaps we should also see a correspondence in that both prophets boldly confronted the corruption of the rulers of God’s people, at great risk to themselves (e.g., Ahab in 1 Kings 21:17-24; Herod Antipas in Matt 14:1-12).

Matthew 17 reveals the disciples’ ongoing struggle to understand these issues. Here Peter, James, and John see Jesus transfigured and accompanied by the historic Moses and Elijah. As they descend the mountain, they try to connect the dots among OT passages about the Messiah’s glorious kingdom. Specifically, how can it be that the kingdom has arrived but Elijah hasn’t preceded it? “Why do the scribes say that first Elijah must come?” (v. 10). Jesus replies:

“Elijah does come, and he will restore all things. But I tell you that Elijah has already come, and they did not recognize him, but did to him whatever they pleased. So also the Son of Man will certainly suffer at their hands.” (vv. 11-12)

Verse 13 brings some closure: “Then the disciples understood that he was speaking to them of John the Baptist.” I take this statement to confirm the distinction I made above: the historic Elijah—the one who had been on the Mount of Transfiguration, the one expected by the Jews—is different from Malachi’s prophesied Elijah.

Yet this text makes another point that the disciples would struggle even more to understand: John’s unjust execution anticipates Jesus’ own crucifixion. The shocking idea of Elijah/John and the Messiah being brutally killed before the kingdom comes in its fullness was not evident from Malachi’s prophecy! Though it was predicted by other OT passages, the suffering-before-glory dynamic of the kingdom would be fully understood only as redemptive history progressed (cf. 1 Pet 1:10-12).

Our Lord’s words in Matthew 17 introduce a further complexity. His opening comment, “Elijah does come, and he will restore all things” (v. 11), seems to indicate that an Elijah is coming in the future. Conservative scholars differ on how to interpret this, but it should likely be connected with the end-time witnesses of Revelation 11:1-14. In any case, what we’ve discovered about Malachi’s Elijah prophecy suggests that there may be a few more surprises as God’s kingdom program comes to its climax.

In sum, our study coheres with and validates these biblical axioms:

Like John the Baptist himself, sometimes we wonder whether our faith in the Lord and his words is well-placed. May our consideration of John’s identity strengthen us to persevere to the end like he did. And may it increase our longing for the consummation of the kingdom that he proclaimed!

*For documentation of similar Jewish sources, see Andreas Köstenberger’s discussion of John 1:19-51 in “John,” Commentary on the New Testament Use of the Old Testament, ed. D. A. Carson and G. K. Beale.


6 responses to “Was John the Baptist Elijah?”